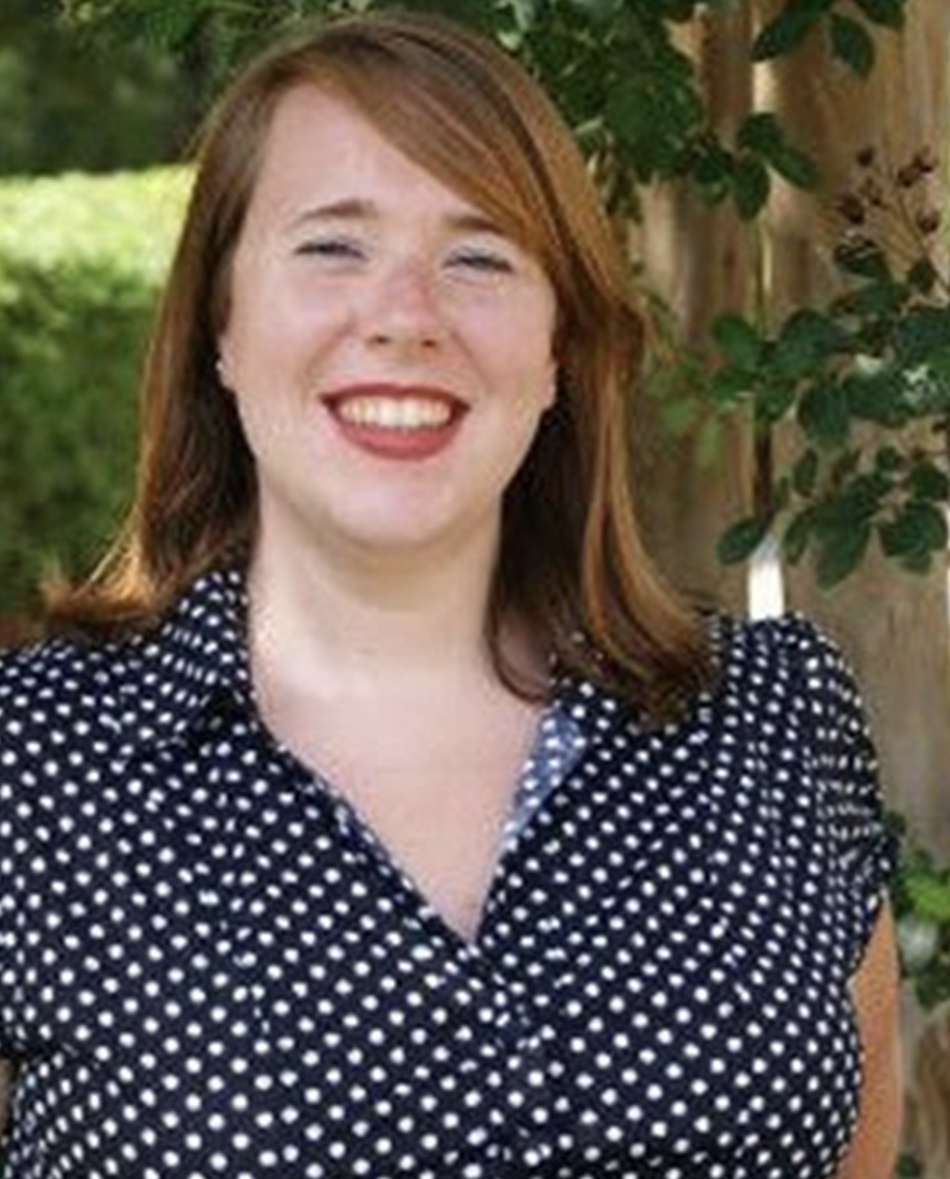 Caitlin Brooking is the Deputy Director at the Mississippi Commission for Volunteer Service, overseeing the AmeriCorps State, volunteer engagement, and disaster response programs for the agency. She has varied experience in program development and management, having served since 2009 as the primary staff person responsible for training, outreach, and new program development for AmeriCorps State programs in Mississippi.

Caitlin previously served as Interim Director and Director of Programs for Hands On Gulf Coast in Biloxi, overseeing programmatic strategy and implementation, including a sizable AmeriCorps State program and regular large-scale community service projects, to affect community volunteerism and disaster response in the wake of Hurricane Katrina. Before relocating to Mississippi in 2007 from her home state of Massachusetts, Caitlin served as the Special Assistant to the CEO & President at City Year, Inc. in Boston and Assistant to the Dean of Students at Boston University.

Caitlin earned a B.A. in psychology from Boston University and her Masters in sociology from the University of Mississippi. She currently volunteers for Big House Books, a prison book project, and resides in Jackson with her husband. 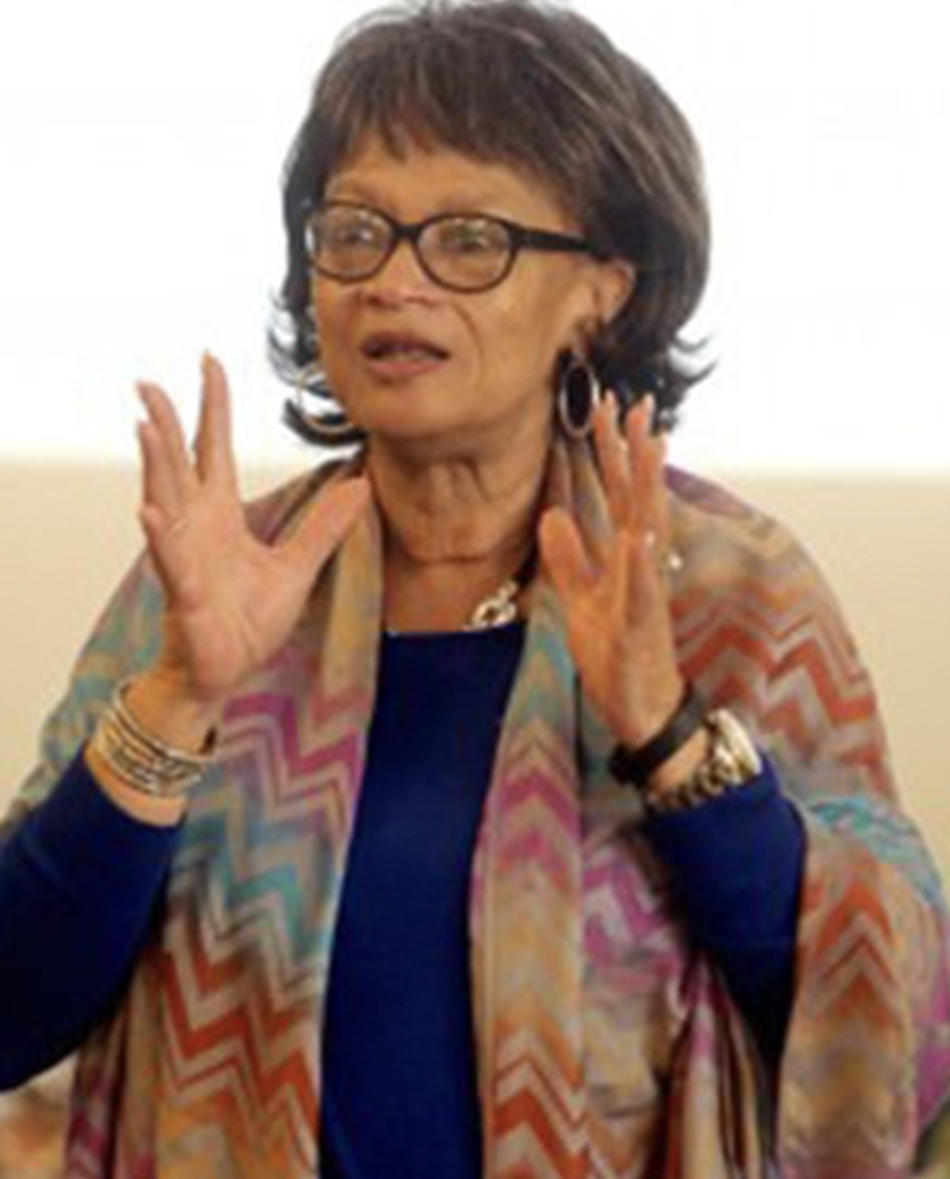 Before retiring in June 2018, Carol Burger had served as the first female and first African-American President and CEO of the United Way of the Capital Area for 34 years. Under her leadership, the United Way developed what it called the “community impact model” for measurable accountability in programs that address education, income and health.

Carol began her career as an educator, first teaching at Carver High School in Collins. She went on to be the first African-American teacher in Pearl River County when she began working at Nicholson Elementary in Picayune. Prior to joining United Way, Burger worked as a human services administrator for former Governor Cliff Finch and as the assistant director of Hinds County Department of Public Welfare. Prior to her appointment as President and CEO of the United Way, she was its director of community services.

At 15, Carol enrolled at Tougaloo College; she graduated with a B.A. in elementary and library education. She later earned graduate degrees from the University of Missouri and the University of Southern Mississippi. In addition to serving as the vice chair of the Refill Jackson Initiative’s Board of Directors, she is the chairperson of Visit Jackson and the chair of the Greater Arts Council’s Governance Committee. She serves on the boards of Springboard to Opportunities, the Boys and Girls Club of Central Mississippi, Mission Mississippi, and the United Way World Retiree Association. She has formerly served as the chair of the St. Dominic Health Services Advisory Board.

Carol lives in Madison and has one son, Marcus, and two grandchildren, Nicholas and Logan.

Jeff moved to Jackson from Salt Lake City, Utah, in the summer of 1980, when his father became the Dean of Students at Millsaps College. He completed his senior year of high school in Jackson Public Schools, attending Murrah High School. He attended Millsaps College and graduated in May of 1986 with a degree in Business Administration. Jeff’s wife Debbie is an adjunct professor at Mississippi College. They are proud parents of twin adult daughters, Alexandra (Alex) and Caroline (Carly). 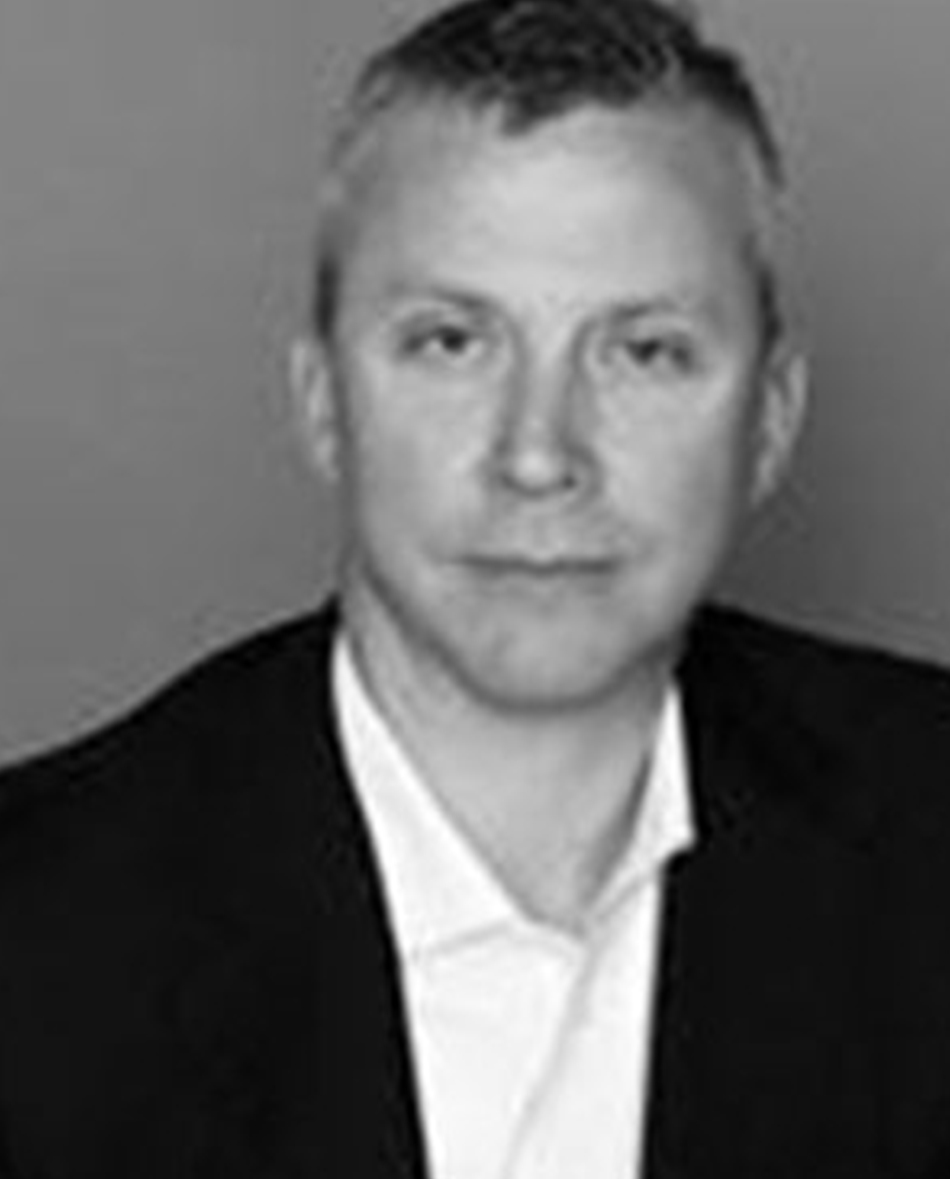 Grady Griffin has been involved in the hospitality industry since 1987, from bussing tables on the weekends during high school to managing multi-million-dollar operations across the state of Mississippi. He is currently the New Business Manager at US Foods, where he focuses on business development and serves on the sales leadership team covering Mississippi and Louisiana.

Grady has served as president of the Jackson chapter of the Mississippi Restaurant Association (MRA), chairman of MRA’s Education Foundation, and secretary/treasurer when MRA was renamed the Mississippi Hospitality and Restaurant Association. A sommelier certified by the World Court of Master Sommeliers (the only internationally recognized wine certification designation), Grady is a charter member of the CSRA/NRA Educational Foundation Workgroup and an honorary member of the National Technical Honorary Society. He has served on numerous advisory boards relating to career and technical education, adult education opportunities, and at-risk youth work programs. He and his family reside in Madison County. 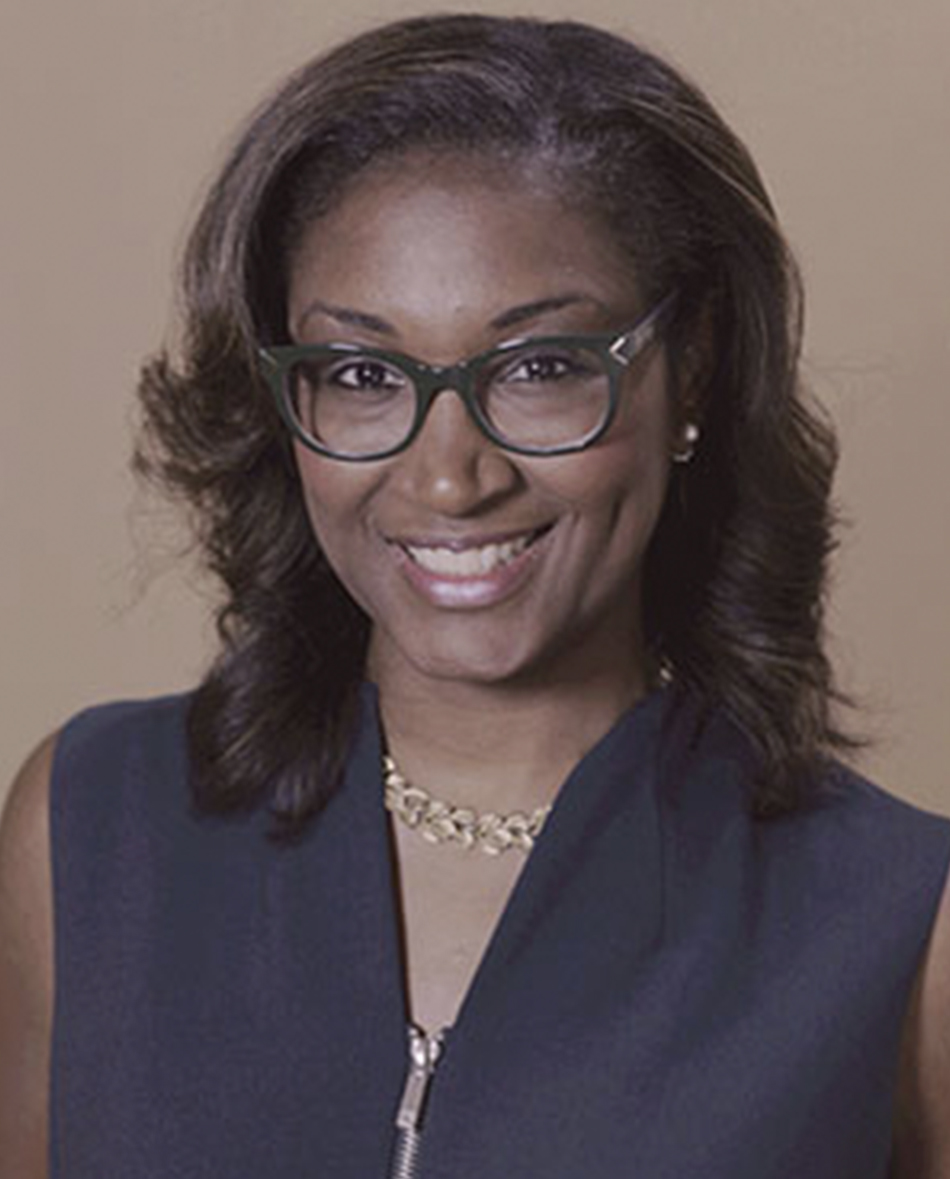 Catoria “Torri” Martin is a native of Jackson, Mississippi, and currently is the Director of the Office of Personal Service Contract Review for the Mississippi Department of Finance and Administration. She is responsible for oversight and approval of government contracts and directs state agency executives on compliance with state and federal procurement laws. 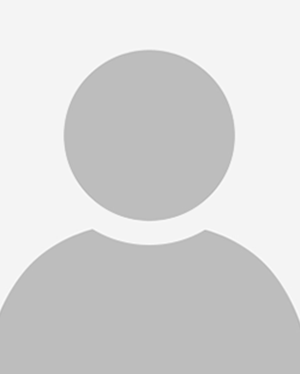 Throughout her career, Jordan Butler has focused on education, both in and out of the classroom. She began her teaching career with Literacy AmeriCorps in the Recovery School District of New Orleans before moving to the Arkansas Delta where she started her middle school’s first art program and provided phonics instruction to struggling readers. While studying food environments and their impact in graduate school, Jordan moved out of a traditional classroom setting to teach hands-on, nutrition-based cooking classes to low-income families.

Jordan was brought on to the Refill project in July 2017 to lead the planning process. She developed Refill’s training program and recruited a network of partner organizations to support members as they move through the program, graduate, and join the workforce. Now, as Vice President of Education and Training, Jordan is responsible for the ongoing development of the training curriculum and leading classroom instruction.

A native of Jackson, Jordan is a proud graduate of Murrah High School. She earned her undergraduate degree in art history from the University of the South. A desire to gain a deeper understanding of social determinants of health led her to Little Rock where she earned a dual Masters in public health and public service. Jordan has a passion for cooking and the outdoors and is an avid lover of dogs, especially her nine-year-old Border Collie, Ella.

From the beginning of her career, Amber Parker has specialized in identifying people’s gifts and talents and helping them find the best way to channel those gifts and talents. She began her career at the Mississippi University for Women (“the W”) as the first regional admissions counselor in central Mississippi. In this position, she met with high school students across eight counties to determine if the W was the best fit for them. Within three years, the W promoted her to development officer where she matched donors with the university’s needs. Now, as Refill’s Career Coordinator, Amber is responsible for working with our program participants to explore their career interests and match them to available internships and jobs in the Jackson metro area.

A native of Jackson, Amber earned her undergraduate degree in communications and her Master of Business Administration from the W. She is an active member of the Tau Sigma alumnae chapter of the Sigma Gamma Rho sorority. As a graduate student at the W, Amber was inducted into the honor society of Phi Kappa Phi. In her free time, she enjoys listening to podcasts, reading, spending time with friends and family, and working out.

Betsy Smith realized early in life that social service is her ministry. Over the course of her 40-year career, she has served as a social worker at the Mississippi Department of Human Services (MDHS), the United Way of the Capital Area, and Youth and Family Services (St. Petersburg, Florida), before landing at Catholic Charities where she served for 29 years. Her work with the Domestic Violence Services Center at Catholic Charities was the most rewarding because she worked with survivors to develop individual plans that enabled them to obtain stable housing, increase self-determination, and increase their skills and income.

Betsy’s continued desire to further assist in the community brought her out of retirement and on to the staff of Refill as Vice President of Social Services. Betsy’s expertise and knowledge of social service providers and experience working with individuals and families enhance Refill’s holistic approach to providing support to our members.

Betsy is a Jackson native. At Jackson State University, she earned her degree in sociology with a minor in social work, as well as a Masters in community and agency counseling. A licensed social worker and certified community support specialist, Betsy has served as board chair of the Hinds County Human Resources Agency and currently serves as board chair for True Yokefellow Laborers, a faith-based nonprofit social service agency serving sexual assault and domestic violence victims/survivors. Additionally, she is a member of the supervisory board of the MDHS Federal Credit Union. Betsy is a proud mother and grandmother. She enjoys spending time with family, traveling, participating in some form of dance, and experiencing different cuisines.

Emily Stanfield has worked for and with nonprofits for over a decade. She began her career at Human Rights First, an advocacy organization in New York City. In 2009, she received a political appointment in the Obama Administration and joined the U.S. Department of State.

Within the State Department, Emily initially worked on the policy side, advising senior government officials on human rights, democracy, and labor issues. Upon moving to programs, Emily managed a $50-million portfolio of global human rights and democracy grants that rapidly responded to emergency situations at both individual defender and broader sociopolitical levels. This brought her vast experience in the design, implementation, and evaluation of programs. She traveled extensively, monitoring projects across Latin America, Africa, Asia, and Europe, and represented the United States government at various international fora, including the United Nations.

After deciding to leave the State Department, Emily returned to her home state of Mississippi and joined the Refill team in May 2018 as an evaluation consultant and then as full-time program administrator in September 2018. She began her current position as President and CEO in June 2019.

Marshall Wade’s career trajectory makes him uniquely suited to serve as Refill’s Vice President of Operations. As a former youth minister and church accountant, he has experience working with young adults and ensuring that an organization’s financial needs are met within budget.

Marsh holds a Bachelor of Business Administration from Oklahoma Christian University where he double majored in accounting and vocational ministry and minored in international studies; he earned his Master of Arts in Christian Ministry from Abilene Christian University. In addition to his work with Refill, Marsh currently serves as preaching minister at the Ellisville Church of Christ. He and his wife Emily, an eighth grade English and language arts teacher, are foster parents in Hinds County.